The first library in Tracy was established in 1880. It was located in City Hall until a fire destroyed the building in 1912. It relocated to the new high school in 1914, and remained there until the 1920s.

In the 1930s, the American Legion Auxiliary took an interest in starting a new library, and council rooms in the basement of the Masonic Building were secured for this purpose. The new library opened in January of 1936, with Nona Finnigan as librarian. After its establishment, the Auxiliary presented the library to the city, to be municipally owned and operated. 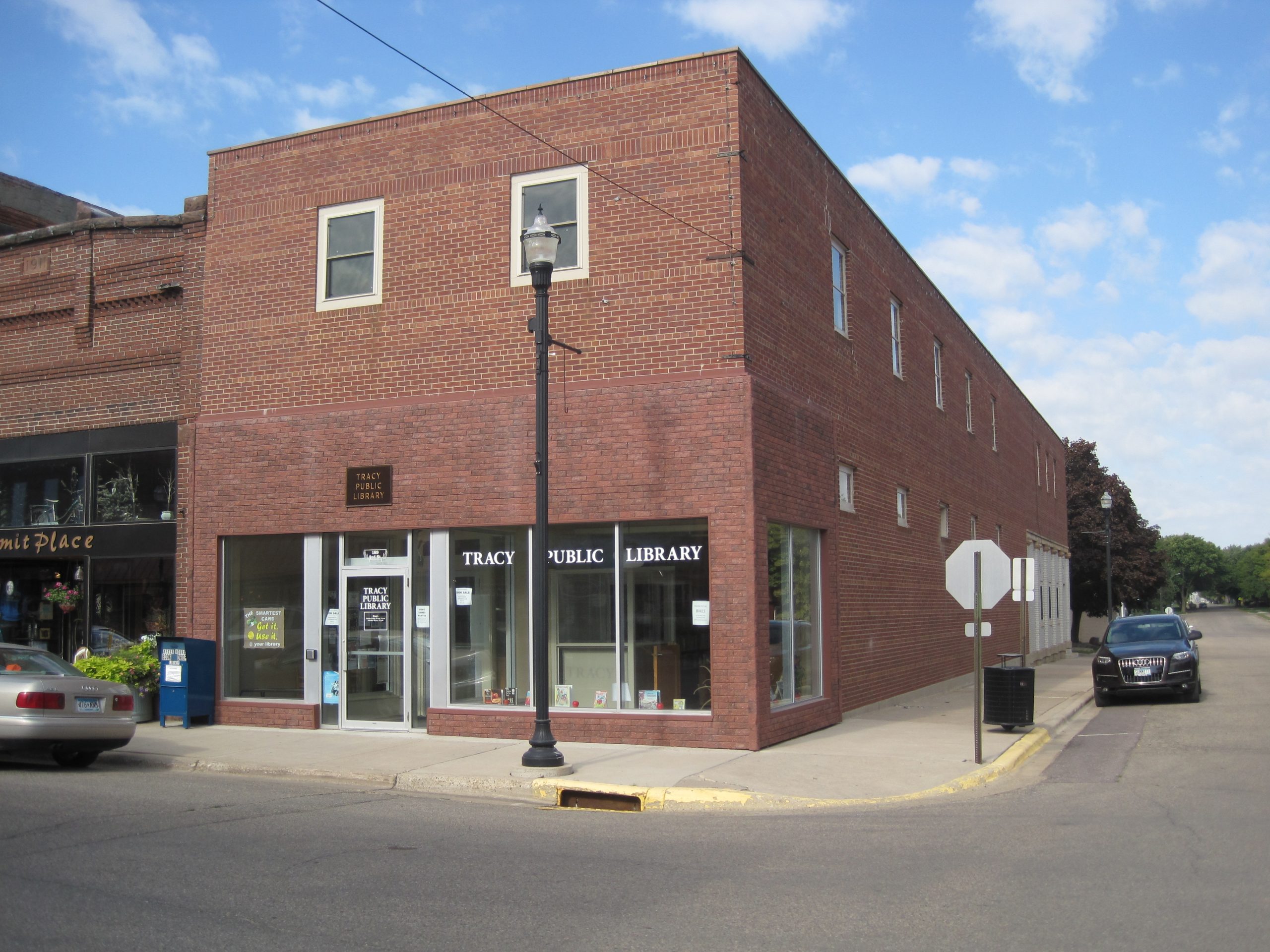